I’ve been turning that phrase over and over in my mind, inside-out and upside-down for a couple of weeks now, thinking about what it means for modern America and the world.

I was sitting in the second row listening to Dr. B. J. Miller talk about the nature of living well and dying well, what it means to be human, art and beauty, choices and challenges. 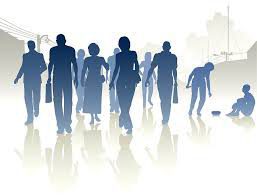 But that one phrase – the myth of independence – stood out for me and became the catalyst for this week’s post.

Traditionally, American culture has promoted and applauded independence. We celebrate it with parties, parades, and colorful explosions. We begin to teach our children how to become independent from a very early age. We push them out of the nest at age 18 and become concerned if they come back.

We speak of dependency as if it were a bad thing, a failure of sorts. If we allow others to become dependent on us, or we are dependent on them, it is typically viewed as negative.

Maybe our goal should be a healthy, functional interdependence.

What’s in a Word?

Okay! I admit that I am more-than-a-little obsessed with words. Since we have such an elaborately developed language, I suggest that we learn to use it well. Being specific with our words helps us to better communicate our intentions. Words matter.

The dictionary defines independence as: not depending on another for livelihood or subsistence.

There aren’t many people in the world today who truly intend to or even want to be totally independent. We don’t have to look far to realize that we are not independent. And that’s a good thing.

With that in mind, I propose that we stop emphasizing independence, letting that word fade into the background of our vocabulary, and start embracing and specifically recognizing our interdependence. Let’s allow interdependence to come to the forefront.

Some Advantages Of Interdependence

In his book Shift Happens, Robert Holden has this to say about independence:

Think about all the people and systems that you depend on. Who depends on you? Instead of taking your interdependency for granted, show gratitude.

Let people know that you need them. Spend more time with those people who appreciate you; recognize the happiness they provide and the positive impacts on your health and well-being.

We are all better off when we take care of each other. We are meant to care for each other. I love this quote from former first lady Rosalynn Carter.