A few days ago I sat in a theatre and watched in awe as my thirteen-year-old granddaughter performed her first competition dance solo.

There on the stage where I have witnessed the magic of David Copperfield and listened to award-winning pianist Emanuel Ax – there on that same stage was my graceful young granddaughter. As I watched I thought, this is courage. 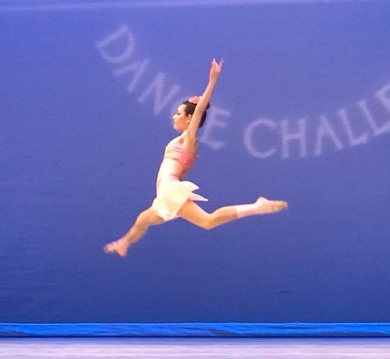 I’ve been thinking a lot about courage lately, and the relationship between courage and fear.

Courage is not the lack of fear. Fear is a necessary part of being human. You can feel fear and act courageously at the same time. In fact, they go hand in hand.

So what does courage look like? Maybe it’s different for everyone.

I frequently travel alone. I like the freedom of not feeling responsible for someone else’s good time. Traveling alone allows me to ignore the clock. I eat when I’m hungry, sleep when I’m tired, socialize if I’m so inclined, or explore on my own.

In March I went to my favorite beach near the town of Zihuatanejo, on the Pacific coast of Mexico in the state of Guerrero.

You may remember that Zihuatanejo is the village in the movie The Shawshank Redemption where Morgan Freeman meets up with his friend after they get out of prison. One has escaped, the other has been paroled. I’m not sure which I relate to more, but it sure feels like freedom when I’m on that beach.

Worried for my safety, a friend advised me to choose a different vacation spot. The state of Guerrero is on the U.S. State Department’s “do not travel to” list, along with claims that the area is “as dangerous as Syria, Afghanistan and North Korea”.

We don’t get to decide about other people’s courage. What may have looked frightening to her, seemed like a safe enough choice to me.

I had a relaxing vacation in this “dangerous place”. The people were friendly and welcoming. I even made some new friends.

In a few days, my friend Bryan will board a freighter and begin a slow journey home from Italy. He’s been studying in Sorrento for the past several months, which in itself was a big step outside his comfort zone.

Aboard the ship he’ll be one of a handful of paying passengers. Though he won’t be working, he’ll be subjected to their schedule for meals and ports-of-call. So he doesn’t know exactly when he’ll reach American shores, it depends on the cargo loading in each port, and I suppose the weather. I don’t really know what makes a captain and crew decide to go or stay.

Bryan shrugged when he told me his plans, somewhat apologetic. In his mind this seemed a safe endeavor, considerably less stressful than airports and planes and connecting flights.

But to me it sounds like an adventure. And, I dare to guess that most people would not choose this option over a plane ride or a cruise with predetermined timetables.

Giving yourself up to someone else’s route and schedule for so many days is embracing the unknown, consciously relinquishing control. It’s vulnerable. And choosing vulnerability takes courage.

After we talked for a while, he admitted that this is a vision he’s had for himself since childhood – riding the high seas in a big ship. And I knew he had chosen his dream over fear of the unknown.

In the past, my friend has been most comfortable with predictability. I’ve known him to cancel short trips into town because of anxiety. And now? Now he is choosing to experience a dream rather than second-guess and worry himself into a perceived safety.

Courage is not the absence of fear, but rather the judgement that something else is more important than fear. – Ambrose Redmoon

Walk A Mile In Her Shoes

Even as I write this, a young mother from Honduras sleeps on the street in Tijuana, Mexico hoping to be granted asylum in the United States.

She has fled her homeland with her children after her daughter became the victim of gang war revenge, was badly beaten, and spent a month in the hospital. The woman shows a reporter the scars left on her daughter’s head.

After several days, customs officials tell the woman that they are too overwhelmed to process asylum seekers. She is tired and afraid, and she is beginning to lose hope. But for now she has no other choice than to wait. Returning home is not an option.

She has traveled far. And after finally reaching what she had perceived to be the door to a better future, she finds that the door is closed.

I find it hard to imagine the courage it took to uproot her family and travel into the unknown. I am thankful I have not yet had the need to do so. But it reminds me that:

Sometimes even to live is an act of courage.  – Lucius Annaeus Seneca

Have you witnessed courage today? Have you had to find some courage of your own? Leave a comment and share your thoughts with this community of readers.

8 thoughts on “Thoughts On Courage”